The Game of Thrones Family Tree 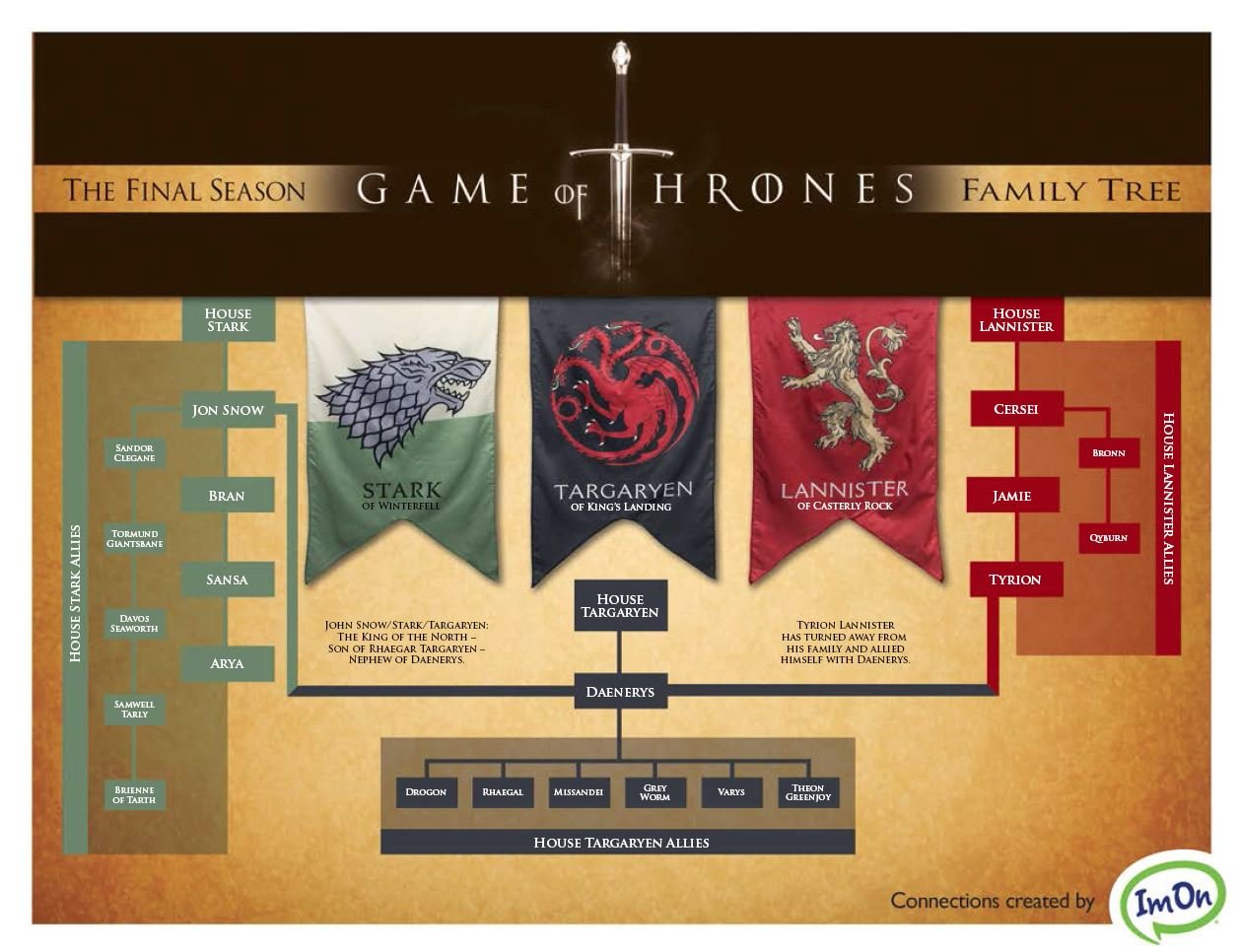 Spring may be here, but winter is coming in Westeros. The final season of HBO’s Game of Thrones kicks off April 14th and it is shaping up to be epic. Don’t have time to rewatch the first seven seasons? Need a refresher on who is related and who double-crossed whom? We can help. We created a printable chart and character descriptions to help you keep the major players straight, so you can be the one at your watch party with all the answers.

Don’t have HBO? No problem! ImOn is offering a free preview of HBO and Cinemax from April 11th through the 14th. As long as you have an ImOn set-top box, just tune in to HBO (channel 250/858) or Cinemax (channel 256/866) and check out the best TV and movies on television.

Happy viewing, and best of luck in the coming war against the Night King!


Allied with the Lannisters:

Allied with the Starks: