Stay Connected to All the Shark-Filled Action With ImOn 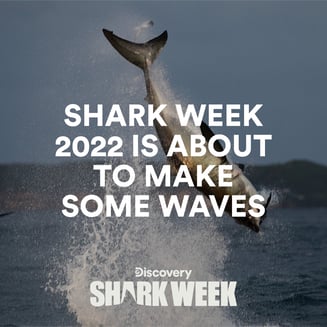 One of the most anticipated weeks of the summer is fast approaching and ImOn is here to help you dive into all of the heart-pumping action! Discovery Channel’s Shark Week has become a summer tradition full of non-stop action. Kicking off on Sunday, July 24th, this year’s Shark Week is filled with even more shark-filled programming, including brand new star-studded shows and never-before-seen underwater research that will have you on the edge of your seat. It’s going to be jawsome!

2022 Shark Week Programs:
Throughout this year’s 8 days of shark-filled content, Discovery and discovery+ will be providing viewers with 25 hours of coverage! Here are some of the highlights to look forward to:

Get the full 2022 Shark Week Schedule here, and follow ImOn Communications on Instagram and Facebook to keep up-to-date and find some great shark-filled activities for the whole family.