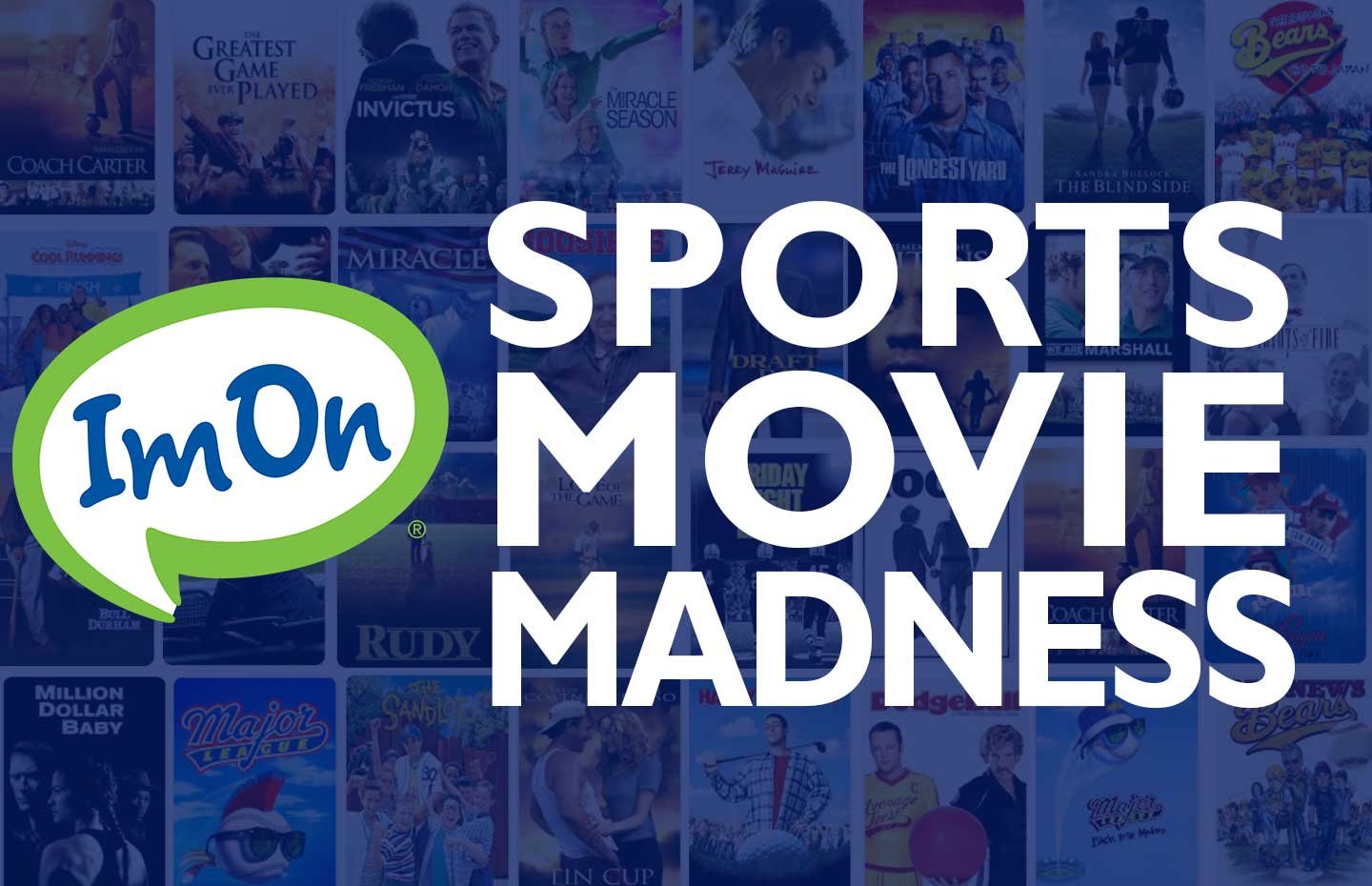 The Covid-19 Pandemic has put a halt to many sports seasons since early March. And while most college and NFL football teams are about to kick off their seasons, some will still have to wait to cheer on their favorite teams. So, whether you have been going through sports withdrawal, or your favorite teams had to postpone their season, ImOn’s here to help. We have compiled a list of our employees’ favorite sports themed movies and TV shows that are guaranteed to score points with every sports fan in the family.

As America's stock of athletic young men is depleted during World War II, a professional all-female baseball league springs up in the Midwest. The movie follows two Sisters, Kit and Dottie, who participate in the new Women's Baseball Association. They find themselves surrounded with drama and troubles as they make a name for themselves on the "Rockford Peaches."

Hard-drinking, ex-minor-league hopeful Morris Buttermaker grumpily agrees to coach a Little League team full of misfits. Can he find the luck and the patience to help whip these outcasts into shape?

The movie takes place at the snooty Bushwood Country Club where Danny Noonan caddies for the eccentric members in order to earn enough money to go to college. Meanwhile, Carl Spackle, one of the greenskeepers, is battling a mischievous gopher that is wreaking havoc on the course.

Four Jamaican bobsledders dream of competing in the Winter Olympics, despite never having seen snow. With the help of a disgraced former champion as their coach, the Jamaicans set out to become worthy of a spot in the Olympics and to prove to the world they have what it takes to be champions.

The Average Joe Gym’s owner, Peter, is down on his luck. A fancy competing gym, called Globo-Gym, is about to put him out of business. So, to save his gym, Peter and a ragtag group of Average Joe's members and employees enter a dodgeball contest to try and win the big cash prize.

An Iowa farmer hears a mysterious voice in his cornfield saying "If you build it, he will come." Despite ridicule, Ray follows the voice and builds a baseball diamond on his farmland. Once the field is finished, the ghosts of former players start appearing to play ball on the field. But soon Ray learns this field is about much more than bringing former baseball greats out to play.

Hoosiers tells the story of a small-town Indiana high school basketball team that wins the state championship thanks to the help of a new coach with a spotty past.

The new owner of the Cleveland Indians wants to move the team to Miami. So, she hires the most incompetent players available to help tank the team’s ticket sales. But her plan backfires when the team actually starts winning.

The inspiring true story of the 1980 U.S. Olympic Hockey Team who overcame insurmountable odds to win the gold medal against the seemingly invincible Soviet squad.

Rudy has always wanted to play football at the University of Notre Dame, but doesn’t have the money or the grades to get in. Rudy decides to work hard to overcome his dyslexia, improve his grades, and raise money for tuition. Eventually, Rudy gains admission to Notre Dame. Then he begins to fight his way onto the school's football team. Based on a true story.

After moving to a new town, Scottie Smalls makes friends with a group of kids who play baseball in the sandlot near his home. Together they go on a series of funny adventures involving baseball, treehouse sleep-ins, a lost baseball, and a snooty rival team.