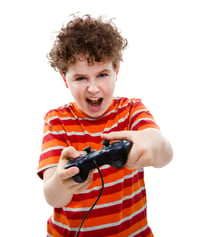 Over the past few years, the video game industry has become a billion dollar industry with consumers spending $23.5 billion on gaming in 2015. In fact, according to Big Fish Games, 155 million Americans played video games regularly in 2016, and 4 out of 5 households own a video game console.

The rising popularity of video gaming has also increased the popularity of video game reviews, strategy guides, and walkthroughs. In the past, most of these were written and published in either books or video game magazines. But gamers are now turning to video-sharing sites like YouTube to share this information with other games. In fact, Swedish gamer Felix Kjellberg’s YouTube channel, PewDiePie, has become the most subscribed YouTube channel in the world, with a staggering 11.9 million subscribers.

So, have you ever been watching your favorite streamer and thought, “I can do that, can’t I?”  If a million people will watch CaptainSparklez play Minecraft, how many would watch you?  There’s no question that breaking into the live streaming scene is hard.  So we wanted to give you some help on how to get started.  We asked ImOn employee and avid gamer and streamer, Jacob C., to be a guest blogger and provide a few tips on what you need to be a video game streamer. Here is what he has to stay….

Level Up Your Gear

First things first – if you don’t have the right equipment, you can’t play the game.  Try taking down Ganon without the Master Sword and you’ll see what I mean.  Your equipment boils down to a few simple parts that come together to make streaming magic.  Here’s what you need:

Finally, you will need to decide where you want to stream to.  Would you rather be one of the 2 million streamers on Twitch.tv or be an up and comer on a newer platform like BEAM?  Maybe you have a YouTube channel and would rather stream there.  What if I told you there was a way to stream to these sites and more all at the same time?  I know, you’re mind just exploded… I’ll give you a minute.

First you will need to set up your account on the sites you’d like to stream to. The most popular options are:

Once you’re up and running there, set up an account at Restream.io and follow this guide to connect all of your accounts. This will allow you to stream to multiple sites at the same time.