Football, Commercials, and Food, Oh My! 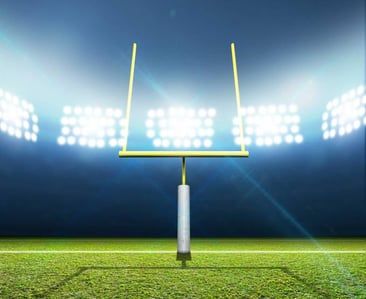 It is a day hyped with football, commercials, and food!

The first Super Bowl was played on January 15, 1967 between the Green Bay Packers and Kansas City Chiefs. According to Time Magazine, the name 'Super Bowl' came from AFL founder Lamar Hunt. He had jokingly referred to the proposed interleague championship as the "Super Bowl" after seeing his son playing with a toy called a “Super Ball”. The ball is now on display at the Pro Football Hall of Fame in Canton, Ohio. And while the NFL might be an American sport, the Super Bowl is worldwide. The big game is now broadcast around the world in 34 different languages.

Each year, the winner of the Super Bowl is awarded the Lombardi Trophy. It is made by Tiffany & Co. and weighs seven pounds, stands 21 inches tall, and is worth $25,000. Besides the trophy, members of the winning team get flashy Super Bowl rings costing approximately $5,000 each. Speaking of winning, did you know that the Pittsburgh Steelers have won the most Super Bowls on record!

Besides the actual football game, many people tune in to the Super Bowl to see the halftime show and commercials. It has already been confirmed that Luke Bryan will sing the National Anthem and Lady Gaga will headline the halftime show at this year’s Super Bowl.  Adweek.com has released a list of brands that will have ads running during the Super Bowl. Bud Light, Skittles, Kia, and GoDaddy have confirmed that they will have commercials running during this year’s Super Bowl.  Also, Mr. Clean, Febreze, Busch, and 84 Lumber will be making their Super Bowl commercial debut this year. However, Doritos, Butterfinger, Taco Bell, Toyota, and Visa will not be participating with an ad this year. And if you what to see some of the ads before they play during the Super Bowl, check out http://www.superbowl-commercials.org/ .

And finally, no Super Bowl would be complete without the food. Chicken wings are the number one food pick with Americans devouring about 1.3 billion chicken wings on Super Bowl Sunday. That is enough to give everyone in the United States about 3 wings a piece. Super Bowl Sunday is also the biggest day of the year for pizza delivery with about 4 million pizzas being consumed. Guacamole has also become a fan favorite with approximately 100 million pounds of guacamole being devoured by fans. And all that eating and drinking adds up! The average football fan will consume more than 2,400 calories during the big game. If you are looking for a delicious treat to try at your Super Bowl party, try this recipe from one of our ImOn employees. 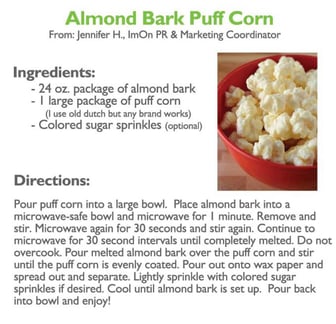 As for this year, the Atlanta Falcons will play the New England Patriots in Super Bowl LI (51). Super Bowl 51 kicks off at 5:30pm on Sunday, February 5th, from Houston’s NRG Stadium. The game will be televised on FOX, ImOn Channel 8 or HD 808, with Troy Aikman and Joe Buck on the call and Erin Andrews and Chris Meyers on the sidelines.

And if you need some cute and cuddly pregame entertainment remember to check out The Hallmark Channel’s “Kitten Bowl” starting at 11am on ImOn channels 58 & HD 854, and Animal Planet’s “Puppy Bowl” starting at 2pm on ImOn Channels 99 & HD 899.