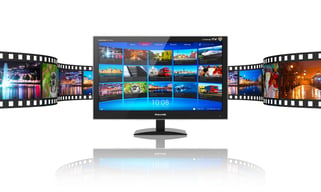 While September marks the beginning of Fall, it also marks the start of the Fall TV season. The major networks are gearing up to release a bunch of new series, including both comedies and dramas, and new episodes of some of our favorite returning shows. (Next week, we will highlight some of the most hyped new shows coming this fall.) With all the new shows hitting the air, we thought it was important to take some time to review the TV Rating system.

The current TV Parental Guidelines Rating System was created in 1996 to help give parents information about the content and age-appropriateness of television programs. The ratings were to be used with the V-chip blocking device that is contained in many televisions and cable set-top boxes. The hope was to protect children from seeing programming that is not suitable for their age and to help parents keep unwanted content out of their home.

These ratings were modeled after the movie ratings, which many people have become familiar with. The ratings and content labels appear in the upper left corner of the TV screen during the first 15 seconds of each program. You can also find the TV ratings in the various publications that provide local television listings. Ratings apply to all types of TV programming except for news, sports, and commercials. It’s important to note the TV Parental Ratings can change on a TV series based on the content of each episode. So one week a TV show could be rated with a higher or lower warning level then the next week.

Below is the current TV Ratings and their target audiences.